Blog
/
Iteration ≠ Improvement: How to Handle Editing at Your Company
Content Strategy

Iteration ≠ Improvement: How to Handle Editing at Your Company 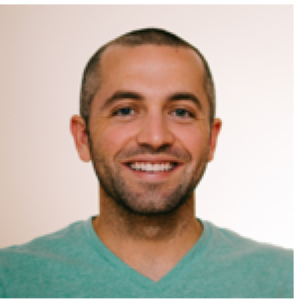 Giving feedback makes people feel good. Most people don’t know if they are giving good feedback, they just provide commentary on how they would do things. It’s not filtered through the lens of the reader or the project’s intended result. And because of this, editing causes as many content problems as it helps.

“Editing” is a word that we associate with quality but if you’ve spent enough time in content marketing, you know that it’s just as often a headache that may not actually improve the quality of the work you publish. Whether or not editing actually helps depends on who’s doing it, how they do it, when they do it and, perhaps most importantly, whether or not a single individual is ultimately responsible for what goes out the door.

Here are a few different ways this plays out, as well as suggestions for each situation.

1. The “Too Much Feedback” Company

In my time at Quickbooks, I got to see what bureaucracy looks like in tech. It wasn’t quite what I expected. It wasn’t all red tape and stodgy managers. (In fact, the people were kind, intelligent and well-intentioned.) Rather, it was a lack of ownership. The company had a “collaborative” culture, which meant that many people were supposed to touch each project and that we defaulted to collecting lots of feedback on each thing we produced.

There were benefits to this, namely that inclusivity was expected and celebrated. But it wasn’t perfect. When the rubber hit the road, there were usually far too many people working on projects that could have been done by a small team or a single individual. And sometimes, so many people got involved that we lost track of who was really in charge. And there’s the very real and difficult challenge of telling people that their feedback isn’t helpful. (When people give feedback for feedback’s sake, it usually isn’t very helpful!)

The cold truth of content quality is that it’s best when a single individual with a very high bar for quality is in charge. The next best thing is a small team with great processes, a well-documented style guide and a rigorous editorial process. It’s least potent when a bunch of people throw comments in a Google Doc just because they feel like they are supposed to.

Here’s how I think this could work, in some kind of enterprise content utopia.

And if it looks like this, something has gone awry:

Tell people exactly what kind of feedback you need.

Do you need fact-checking and a close look at grammar? Do you need feedback on the tone and voice? Do you need a subject matter to verify that the substance is good? Never send someone an email and say:

“Hey, can you read this and provide some feedback?”

“We’re about halfway done with this project. Could you take a look and let me know if you think the voice and tone are right? Here’s a link to our style guide for reference. We’re on track to complete this by [date] and could use your input by the end of the week.”

Tell people how to provide feedback.

You don’t want feedback from five people in five different ways. When feedback is sent scattershot—some emails, a few Slack messages, some comments in a doc, etc., it creates an enormous amount of work for you. Here’s a recommended model for this:

Tell people what stage the project is in.

If you’re at 30%, you don’t need 90% style feedback. (And definitely check out this great post from Animalz for an explanation of the 30/90 framework.

Make one person the gatekeeper for quality.

No matter how many people provide feedback (and how much time gets wasted collecting and parsing that feedback), you always need a single individual who owns quality. Without that, every single piece will be watered down, the perspective of the reader will be forgotten and you’ll never become a brand that’s respected for its content.

This is a common setup in agencies and companies with large content teams. The folks who write also edit for their peers. This can actually work really well because each person understands what it’s like to get good versus bad feedback. They have the perspective of both the writer and the reader. Over time and with good processes in place for reviewing the feedback given, this system can level up the whole team.

Here’s a hitch in this setup: just because someone offers feedback doesn’t mean you have to take it. This is one of the main challenges with peer editing. It’s often overlooked, especially when feedback is coming from a higher up. If a CMO says to do something, you will probably just do it. By definition, peers are on the same level. If one person says to change something, the other may not know whether they should listen. Their quality barometer doesn’t show the clear readings that a very experienced writer will have dialed in.

“Do I have to change this just because they suggested it?” and “I wrote it that way for a reason and the editor doesn’t have that context” are really common reactions to peer editing. If you go this route, you need to train people to give good feedback and you need to instill confidence in your writers. In this setup, the writer is the one ultimately responsible for the quality of their own work. This is empowering but also intimidating. Recognize that this is the case and give people resources to better editors and writers. (On a side note, the day that a writer first rejects feedback that they recognize as unhelpful is a milestone. Celebrate it.)

One other challenge is the lower ceiling on expertise. Presumably, the CMO who likes to provide feedback on content is checking the work against her vision for marketing. It might be frustrating but the CMO has a perspective that the writer simply doesn’t. When two peers edit each other’s work, they are lacking that perspective and can hit a local maximum pretty quickly. To offset this, you need someone to be spot-checking work. Maybe that’s you, maybe it’s a freelancer, maybe it’s someone else internally. But someone who understands the vision, the customer, the end goals, etc. needs to be able to help writers calibrate.

One last thing to mention here. Every now and then, peers “flex” on one another. They use a chance to edit as a way to show smart they are. This isn’t all bad—watching a person edit tells you a lot about how well they understand the content, product, audience, etc. But it can be very deflating to the person on the receiving end. Even good feedback can be poorly delivered. If you go the peer editing route, you’ll want lots of documentation and training on what’s expected as well as regular reviews of each person’s edits.

Some of you may read this and think, “I wish someone—anyone!—would edit my work before it gets published.”

I hear you. There are so many teams of one out there who struggle with the opposite of “too much feedback.” But let me suggest a different way of thinking about this. Instead of wondering who will give you feedback on the work you create, think about the feedback that you will give on the work others create. A team of one should not be creating very much (if any) content. You should be the arbiter of quality, not the creator of it. You simply won’t have enough time to create enough content. And if you do, you’ll commoditize yourself.

If you must create content yourself, hire a writing coach. A coach will make you more self-sufficient rather than becoming a part of every single asset you create. There’s also plenty of room to learn to edit your own writing. It’s not as hard as it seems and we have a course on it!

Have questions? Or find yourself in a situation not mentioned here? Let me know in Slack.

More from the Superpath blog

How to Use A.I. to Generate Blog Post Headline Ideas

How to Use A.I. to Generate Blog Post Headline Ideas

A Framework for Content Updates (Based on Library Size)

A Framework for Content Updates (Based on Library Size)

By clicking “Accept”, you agree to the storing of cookies on your device to enhance site navigation, analyze site usage, and assist in our marketing efforts. View our Privacy Policy for more information.